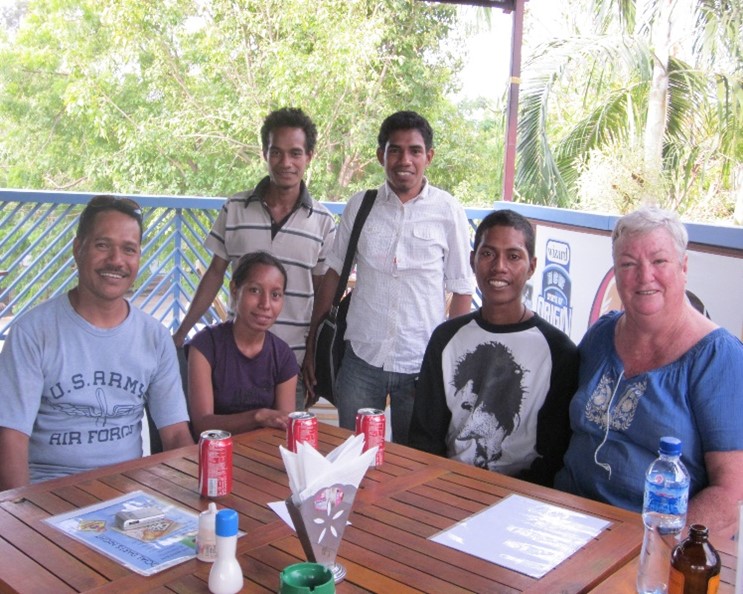 We are very fortunate to have Roman Luan (a locally based non-government community organisation)as a partner in our friendship activities with the Atauro community. One of their project officers Marcelo Soares works part-time as the facilitator of our activities. This has been especially important over the past two years because visits by Indigo community members have not been possible. He organises the student scholarship program and acts as a mentor for the students during their studies. He is responsible for developing and overseeing the local work teams that construct the composting toilets. Over the years he has hosted many Indigo community visitors and is always willing to help with either large or small activities. We are grateful to the Indigo shire for the community grant that pays Marcelo for his work.

Roman Luan works closely with Atauro Island’s administrators, community organisations and individuals to identify areas of development that will benefit the community of Atauro.

Roman Luan has supported Indigo Atauro Friendship in specific major projects such as the Scholarship Program and Constructing Composting Toilets. Indigo/Atauro Friendship has supported Roman Luan in other major projects in the past Eg. the Tua Ko’in Eco Lodge and the development of Kindergartens on Atauro. We have worked together on smaller programs such as developing school gardens and providing maternal health equipment to clinics.